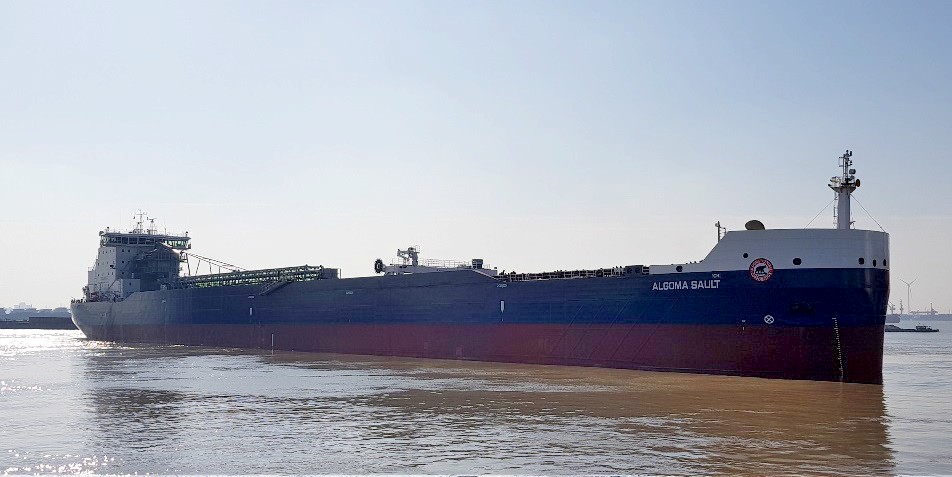 St. Catharines, Ontario (February 5, 2018)
— Algoma Central Corporation (“Algoma” or “the Company”) (TSX: ALC), a leading provider of marine transportation services, today announced that it has taken delivery of the Algoma Sault, the second seaway-max Equinox Class self-unloading bulk carrier from Yangzijiang Shipyard (the “Shipyard”) in China. The vessel departed the shipyard on February 3, 2018 and is expected to arrive in late March, resulting in the ship being available for service in the upcoming navigation season.

“The addition of the Algoma Sault to our domestic fleet will further strengthen our position on the Great Lakes and we look forward to her arrival,” said Ken Bloch Soerensen, President and CEO of Algoma. “The Algoma Sault is the second Equinox Class 740-foot self-unloader to be delivered and she will join her sister ship, the Algoma Niagara, in operations this spring,” Mr. Soerensen added.

In addition to the two new 740-foot self-unloaders, the Algoma Conveyer, which the Company acquired in 2017 at auction from the failed Nantong Mingde shipyard, is undergoing refurbishment and final construction at the Shipyard, and is expected to be completed and delivered in early 2019.

Algoma’s Equinox Class vessels bring new technological advancement in fuel efficiency, reducing its environment footprint and its forward-thinking design has made Algoma a frontrunner in the marine industry. The Company’s dedication to fleet renewal coupled with its commitment to customer satisfaction has empowered it to grow both domestically and abroad.