Chairman of the Board of Directors

Mr. Jackman is Chairman, President and Chief Executive Officer of E-L Financial Corporation Limited and its associated companies Economic Investment Trust Limited and United Corporations Limited. He has held these positions since 2001.  Prior to joining E-L Financial Corporation Limited, Mr. Jackman held a variety of positions including portfolio manager at Cassels  Blaikie and investment analyst at RBC Dominion Securities Inc.

Mr. Jackman holds a Bachelor of Arts in Literature from McGill University.

Mr. Jackman has been a director of Algoma since 1997 and Chairman since 2010

Mr. Carty has a Bachelor of Commerce Degree (Honours) from Queen’s University, an LLB from the University of Victoria, and an MBA from Imperial College Business School (London). Mr. Carty was called to the Bar in Ontario in 1992.

Mr. Carty has been a director of Algoma since 2010.

Mr. Gurtler entered shipping following a 14 year career in international banking, including 5 years in Tokyo, Japan, and one year heading the ship finance department of Marine Midland Bank in New York.  Prior to establishing Interlink in 1979 he spent two years with Itel Corporation where he developed the company’s New York based ship leasing division.  Since August 1979 he has managed Interlink, which has been an active shipping investor in partnership with Norwegian, Dutch, German, U.S. and Hong Kong based owners. 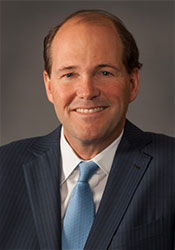 Mr. Hutcheson has been a director of Algoma since 2003. Mr. Hutcheson is President and Chief Executive Officer of Oxford Properties Group Inc., where he is responsible for Oxford’s overall business including its long-term strategy and objectives, and leading the executive management team in the execution of the global business plan. He also leads Oxford’s $30 billion capital under management strategy and relationship-building efforts with key partners around the world, and is a member of the OMERS Transaction Advisory Committee and Senior Executive Committee.

Mr. Hutcheson was most recently Head of Global Real Estate with Mount Kellett Capital Management, a New York based private equity firm with offices in key locations around the globe. Prior to that, he spent 9 years with CB Richard Ellis in Toronto as President of the Canadian, Latin American and Mexican operations.

He holds a Bachelor of Arts in Political Science from the University of Western Ontario, a Graduate Diploma in International Relations and Comparative Politics from the London School of Economics and a Master’s in Real Estate Development from Columbia University.

Mr. McQueen joined the Algoma board in 2015.

Mr. McQueen is President and Executive Managing Director, Innovation Banking at CIBC. He also serves as a member of the governing council of Sunnybrook Health Sciences Centre, as Deputy Chair (Student Awards) for the Campaign for Western, and is the Honourary Captain of the Royal Canadian Navy.

Mr. McQueen’s career in the financial services industry began in 1993. Prior to the acquisition of his firm, Wellington Financial LP, by CIBC, Mr. McQueen held roles with the predecessor firm to Macquarie Capital Markets, as well as BMO Nesbitt Burns and Bank of Montreal.

Mr. McQueen is the former Chairman of the Board of the Toronto Port Authority and of the Windsor-Detroit Bridge Authority. Previously he was an Executive Assistant and advisor in the Office of the Prime Minister and served as Special Assistant to two cabinet ministers.

Mr. McQueen holds a Bachelor of Arts (Honours) from the University of Western Ontario. 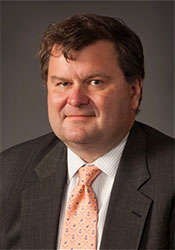 Mr. Rowe is a Partner with Oskie Capital, a New York investment firm focused on turnarounds that he co-founded in 2010. Prior to Oskie, he was a partner at SLS Capital and before that he was a strategy consultant.  He is Chairman of the Board of RoadOne Intermodal Logistics, a trucking company, and he is a member of the Board of Empire Life Insurance Co.

Mr. Rowe has a MBA from the Harvard Business School and BA from Harvard College.

Mr. Rowe has been a director of Algoma since 1999. 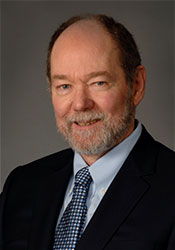 Mr. Stephen began his career with Ernst & Young (then, Clarkson Gordon) rising to partner and leading the Firm’s insolvency and restructuring and corporate finance practices until 1997. Prior to founding Stonecrest in 1999, Mr. Stephen was Executive Vice-President and Chief Financial Officer of T. Eaton Company Limited.

Mr. Stephen is a Director of TD Mutual Funds Corporate Class Limited, and a member of the TD Asset Management Independent Review Committee.

Mr. Stephen has been a director of Algoma since 2002. 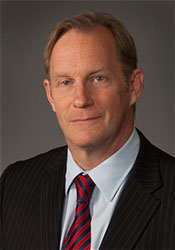 From the mid-1980s, Mr. Stevenson worked as an investment banker in London, England, specializing in cross-border mergers and acquisitions and equity issues. Latterly, he served as Vice President, Corporate Finance, with the investment banking arm of Barclays Bank.

Mr. Stevenson graduated from Middlebury College in Vermont with an Honours B.A. in History. He earned an MBA from the Richard Ivey School of Business, University of Western Ontario in 1986.

Mr. Stevenson’s community activities are primarily focused on conservation and the environment. He is on the Executive Committees of the Atlantic Salmon Federation and of Environmental Defence Canada, and is a founding Director of the Cornerstone Standards Council.

Mr. Stevenson was elected to the Board of Algoma in 2013.