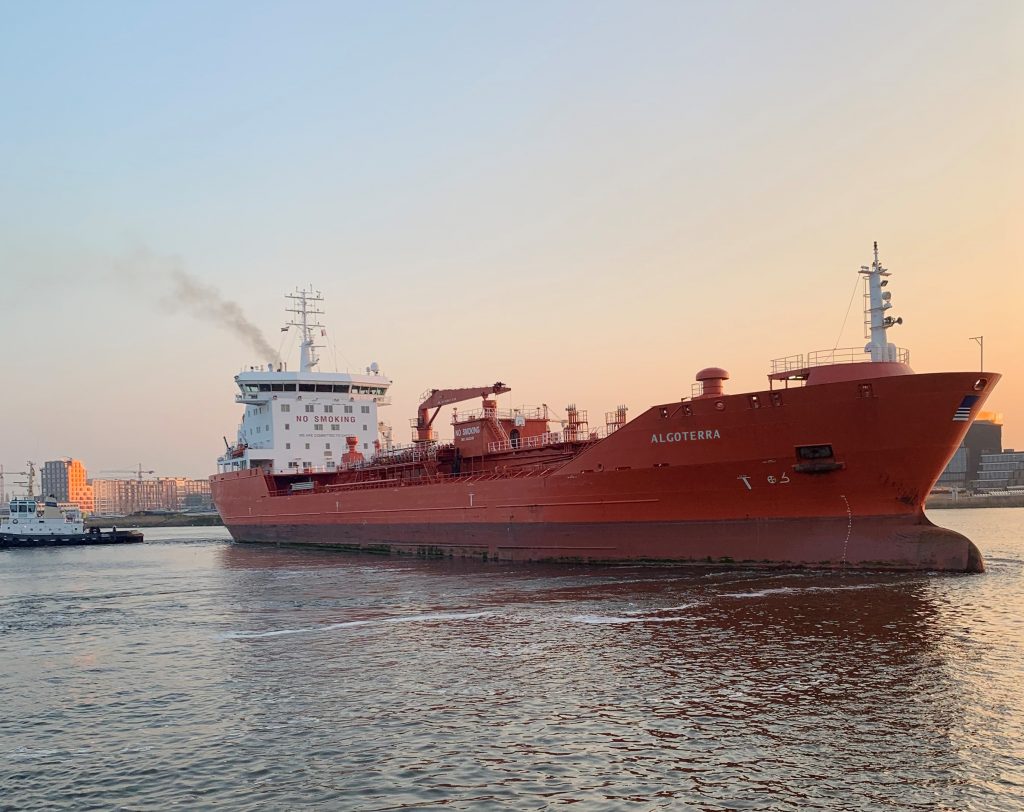 St. Catharines, Ontario (April 1, 2019) —  Algoma Tankers Limited (“ATL”), an operating unit of Algoma Central Corporation (“Algoma” or “the Company”) (TSX: ALC), a leading provider of marine transportation services, today announced that it has taken delivery of the 16,500 DWT Algoterra, a 2010-built product tanker in Amsterdam, Netherlands and the vessel has begun her delivery voyage to Canada.

The vessel departed Amsterdam on March 30, 2019 and will travel through the English Channel before crossing the Atlantic Ocean destined for Halifax. The Algoterra is expected to begin trading in Canada mid-April.

“I am pleased to say that our fleet is fully booked for the season,” said Gregg Ruhl, President and CEO at Algoma. “The Algoterra is the second product tanker acquired by ATL in the last four months after the Algonorth joined the fleet in early December. We are looking forward to bringing the Algoterra home and to having the Algonorth operate for her first full season with Algoma.”

“I am both honoured and excited to be chosen to take command of the Algoterra on arrival in Canada,” said Captain Bruce Chisling of Algoma. “It will be challenging to get to know her, but with our highly trained and skilled officers and crew I am confident that the transition will be seamless. The addition of the Algoterra to the ATL fleet shows that Algoma remains committed to being the carrier of choice for its customers for many years to come.”

In addition to the Algoterra, the Algoma Conveyor, Algoma’s newest seawaymax self-unloader, is currently in the final days of the trans-Pacific leg of her homeward journey and will reach Balboa, Panama this week, where she will undertake her Panama Canal transit and make her way to Canada. The Algoma Conveyor will be joining her seven Equinox Class sister ships in operation for the 2019 navigation season.