Gregg Ruhl is responsible for the overall strategic direction of Algoma Central Corporation. Gregg joined Algoma in November of 2015 as Senior Vice-President, Technical, became Chief Operating Officer in 2017 and in 2019 assumed the role of President and Chief Executive Officer. Mr. Ruhl has over 30 years experience in the transportation industry, including over 20 years in marine transportation.

Prior to joining Algoma in 2015, Mr. Ruhl was the Managing Director for the marine division of Canadian National Railway Company (CN) in Duluth, Minnesota, responsible for Great Lakes Fleet (a U.S. Jones Act carrier), COGEMA and Aquatrain. Between 2004 and 2009, Mr. Ruhl was the Director Sales & Marketing, Vessels and Docks, also for CN. Prior to 2004, he held increasingly senior positions within the marine and rail industries.

Mr. Ruhl is a director on the board of the International Chamber of Shipping (ICS), a member of the Domestic Ship Owners Committee (DSOC) of Canada’s Chamber of Marine Commerce (CMC), and served as Chairman of the Lake Carriers Association from 2012 to 2014.

Mr. Ruhl is a degreed Mechanical Engineer with a Masters of Business Administration from the University of Pittsburgh.

Peter Winkley directs the financial strategy for Algoma, and is responsible for monitoring the financial performance of the company and its investments.  Mr. Winkley is also responsible for capital structure, investor relations, risk management and the Company’s business information systems.

Mr. Winkley is the Chairman of the Canadian Shipowners Mutual Assurance Association, chair of the audit committee of The Standard Compensation Act Liability Association, and sits on the Member's Board of the North of England P&I Association.

Prior to joining Algoma in 2010, Mr. Winkley was CFO of Therapure Biopharma Inc., a Canadian biopharmaceutical contract manufacturer, and a senior financial executive with MDS Inc., a publicly listed Canadian life sciences company.

Mr. Winkley is a Chartered Professional Accountant, Chartered Accountant, and holds a Bachelor of Commerce from the University of Toronto

Wes Newton directs the corporate development, legal and regulatory affairs of the Company including government and industry relations.  Mr. Newton is also Corporate Secretary for the Company.

Prior to joining Algoma in 2011, Mr. Newton held a position as senior corporate counsel with the Canadian subsidiary of a large international express air shipping company and had practised litigation and commercial law in private practice.

Called to the Ontario Bar in 2004, Mr. Newton holds a BAH in History from Queens University and an LLB from the University of New Brunswick.

Mr. Newton is a member of the Canadian Maritime Law Association. 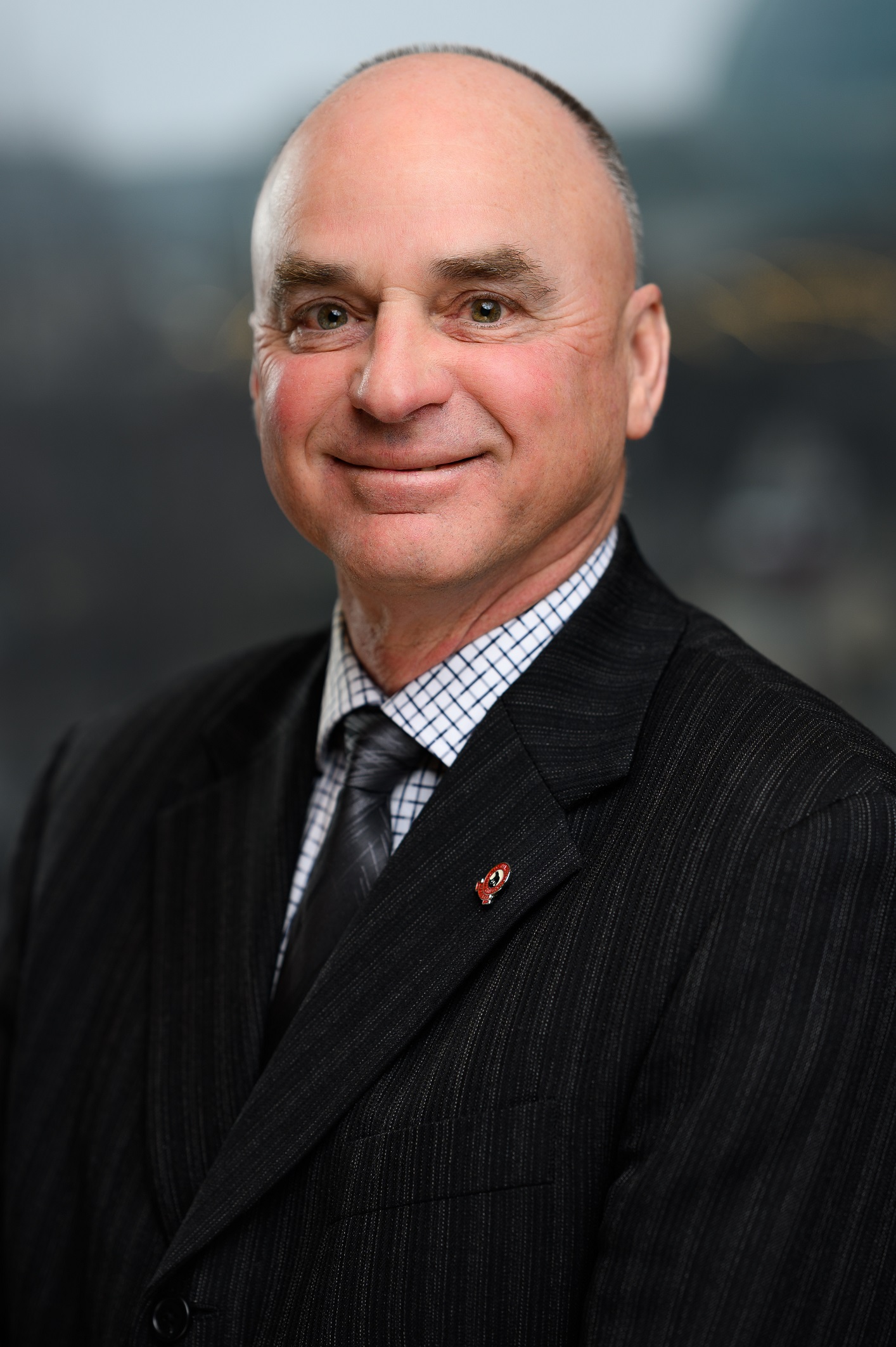 Brad Tiffin is responsible for the Operations, Engineering and Technical teams at Algoma. In his current role as Senior Vice President Operations and Technical, Mr. Tiffin has operational responsibility for a fleet of nearly 35 ships, including both domestic and internationally traded vessels.

Brad began his maritime career with Upper Lakes Shipping where he held both shipboard and management positions from 1980 to 1991. Mr. Tiffin joined Algoma in 1991 and he has held various management positions within the Operations group for the Company. Mr. Tiffin left Algoma for a short period beginning in 2011 but returned in 2014 as Director of Operations.  In the interim, Mr. Tiffin was Vice President Operations at Northern Transportation, where he was responsible for the McKenzie River/Arctic operations for a fleet of high powered shallow draft tug and barge combinations servicing both the remote communities above the Arctic Circle and the delivery of project cargos related to the oil and gas industry.

Mr. Tiffin holds a Chief Mate certificate and is near-coastal certified as a navigation officer.

Mario Battista directs all aspects of accounting operations, overseeing all transactions related to general ledger, receivables, payables, payroll and financial reporting.   Mr. Battista is responsible for the Corporation’s Business Information systems and their continual development and enhancements to meet the needs of the Company.

Mr. Battista joined Algoma Central Corporation in 2003 and was Corporate Controller from 2003 to 2011 and Director, Business Systems from 2011 to 2017. In August of 2017, Mr. Battista was promoted to the position of Vice President, Finance and Process Innovation.

Mr. Battista is a Chartered Professional Accountant, Certified Management Accountant, and holds a Bachelor of Business Administration from Brock University. 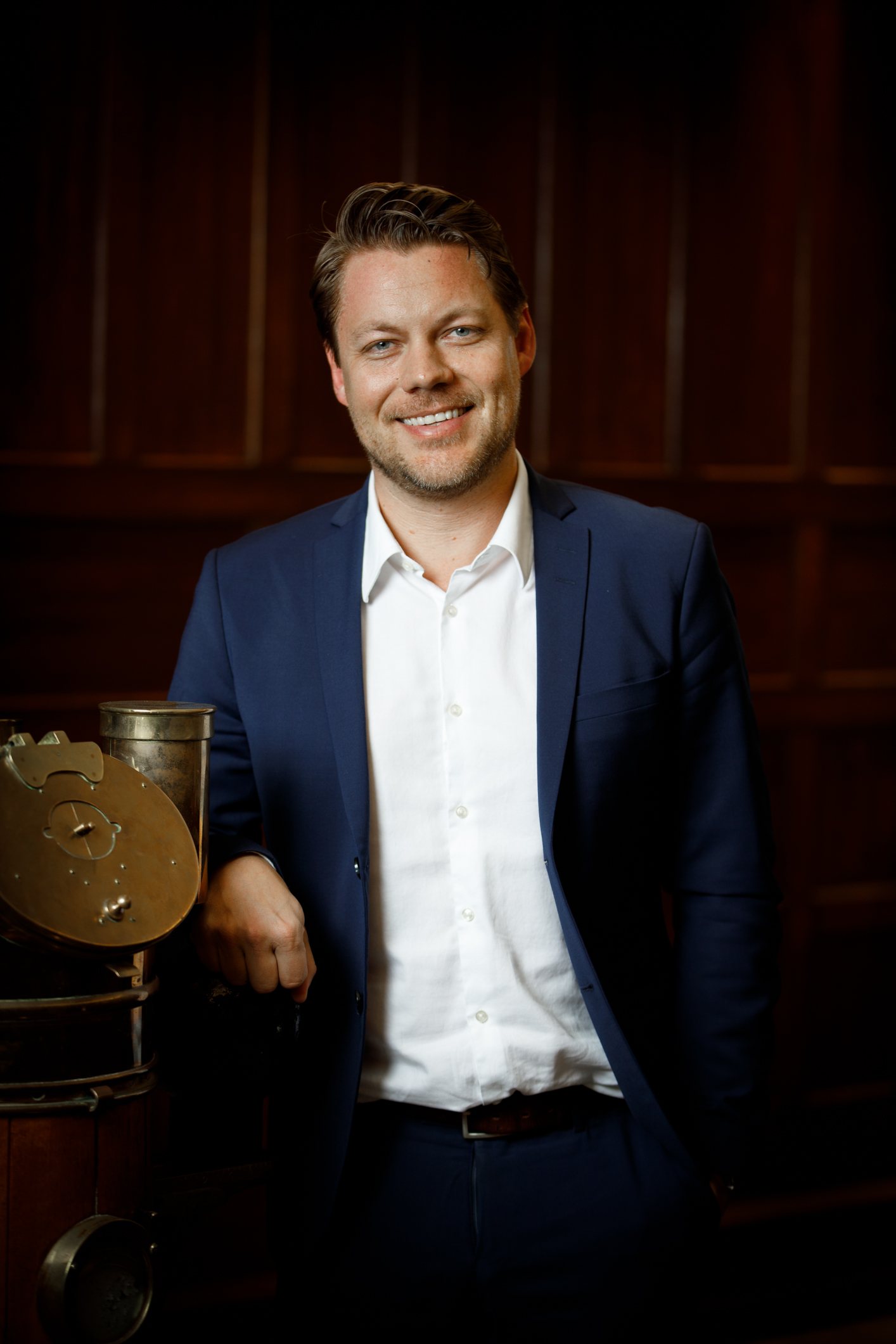 Fredrik Hanson is responsible for finance and administration of Algoma Management Services Ltd which includes the international shipping activities of Algoma Central Corporation.
Mr. Hanson joined Algoma in 2018 and is based in Fort Lauderdale, Florida.

Prior to joining Algoma, Mr. Hanson worked for A.P. Moller - Maersk for 16 years and the last 9 years as CFO for Svitzer Americas in Miami and Sealand - A Maersk Company in Singapore.

Mr. Hanson is a Chartered Financial Analyst and holds a Master of Economics from Lund University, Sweden.

Prior to joining Algoma in 2011, Mr. Lazarz was Senior Manager with Deloitte LLP and prior to Deloitte was the Casino Accounting Manager for the Niagara Casinos.

Mr. Lazarz is a Chartered Professional Accountant, Chartered Accountant, and holds a Bachelor of Accounting with Honours degree from the Brock University.

Steve Wright is responsible for fleet engineering operations, Algoma Ship Repair, and vessel performance and efficiency.  Steve has 35 years of experience in the marine industry in both operating and technical positions.

Steve holds a 1st Class Combined Marine Engineering Certificate and spent 13 years as an Engineering Officer, 6 as a Chief Engineer, prior to moving into shore based management positions. 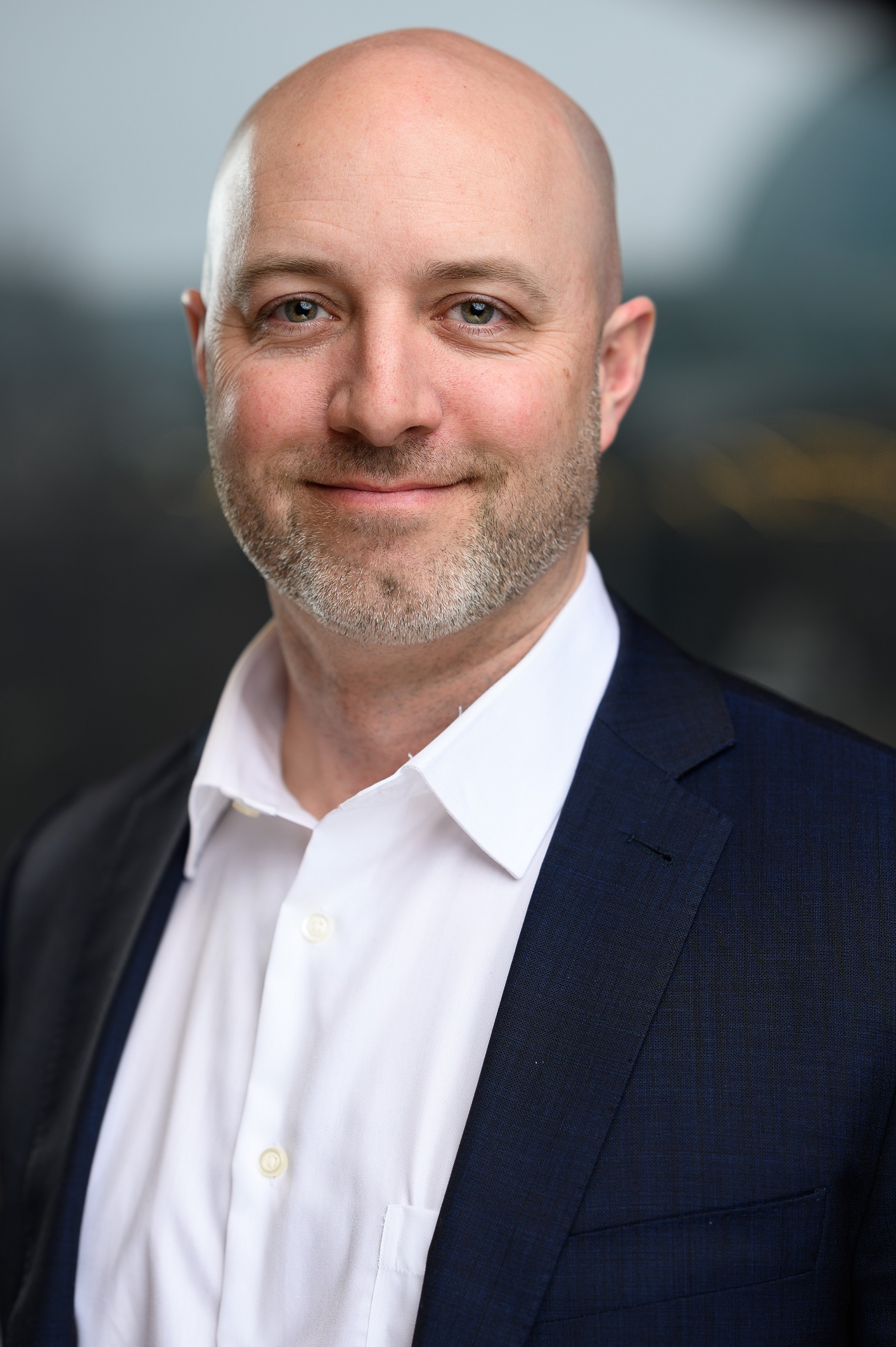 Jeff DeRosario is responsible for the development of commercial strategy and market analysis for the Domestic Dry-Bulk business. Prior to joining Algoma, Mr. DeRosario held progressively more senior engineering and sales management roles over 10 years in the mining and steel industries, for Norcast Castings Company, Essar Steel Algoma, and ME Elecmetal.

Mr. DeRosario joined Algoma in 2013 as Director - Sales, holding commercial account responsibility for a significant portion of the Company's Domestic Dry-Bulk customer base. Mr. DeRosario was promoted to Assistant Vice-President Marketing in January, 2018.

Mr. DeRosario is a licensed Professional Engineer, with a Bachelor of Science in Mechanical Engineering from Queen's University. 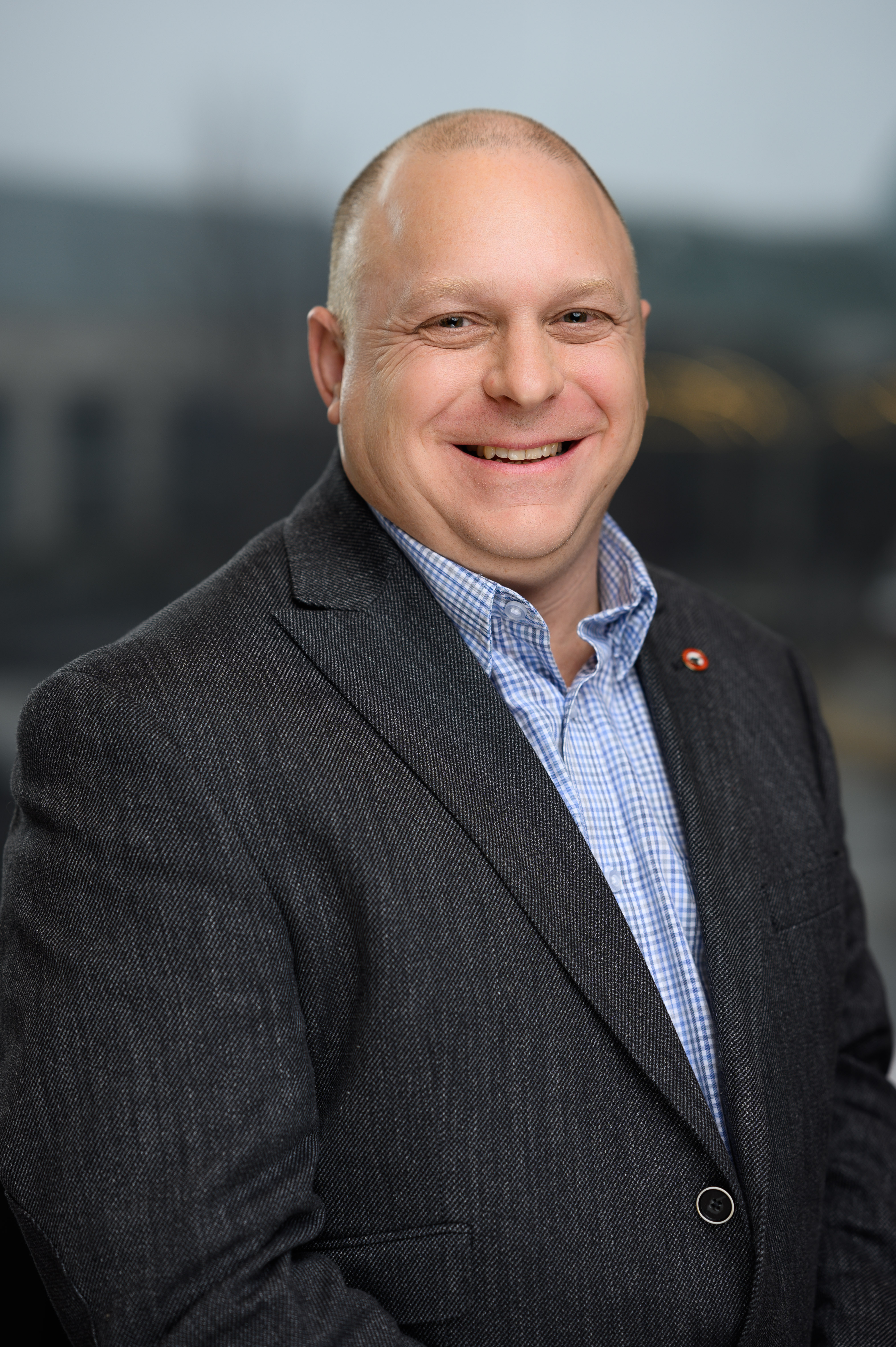 Charlie Bungard is responsible for all technical operations of the Tanker and Cement vessel fleets at Algoma. Mr Bungard has 30 years of experience in the marine industry, having been involved in a broad range of maritime activities and operations in various sectors of the industry. Mr Bungard initially joined Algoma Central Corporation in 2015 and was appointed Assistant Vice-President, Technical Operations in April 2020.

Charlie started his maritime career as an Engineering Cadet with Cunard Line, and progressed over 15 years at sea to the rank of 1st Engineer with Disney Cruise line. In 2005 Charlie joined an offshore support company in the UK as Superintendent, and since then has been employed in various senior technical operations and management roles in the international marine industry. This has included work with vessels employed in Offshore Support, Tug/Barge, RoRo/RoPax, Dry Bulk, and Oil Tanker operations. Charlie’s most recent experiences prior to joining Algoma were as Technical Manager with Northern Marine, a subsidiary of Swedish ship owner Stena; and McKeil Marine as Senior Director for Technical Operations.

Charlie is a registered Chartered Engineer and a Fellow of the Institute of Marine Engineering, Science & Technology. He was educated at South Tyneside College in the UK and holds an unlimited Class 1 Certificate of Competency in Marine Engineering. 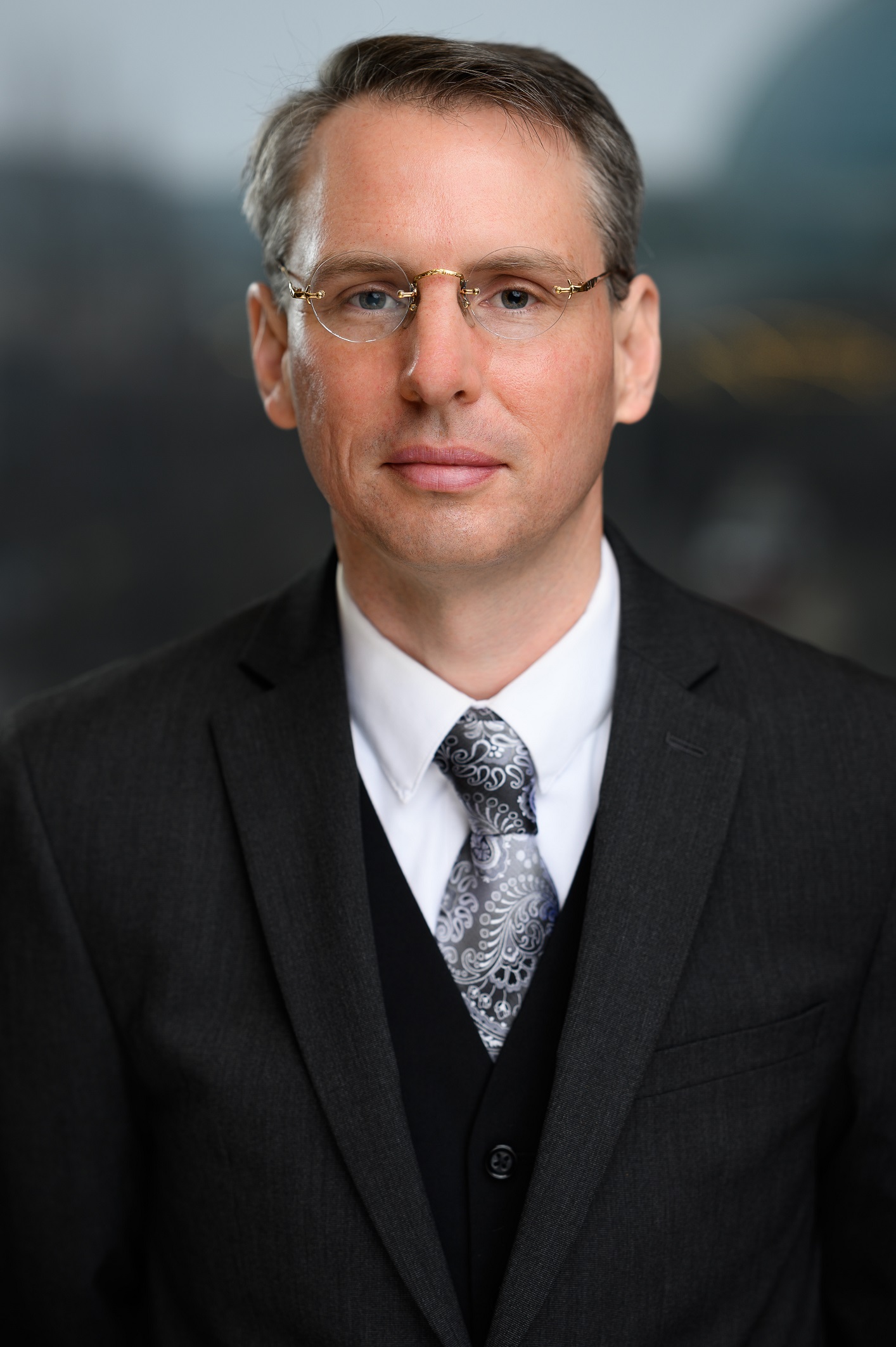 Joshua Juel directs all aspects of the Fleet Personnel function for Algoma’s domestic fleets, which consists of nearly 30 vessels.

Prior to joining the company in 2018, Mr. Juel was a Manager for the marine division of the Canadian National Railway Company (CN), with a particular focus on Great Lakes Fleet and Compagnie de gestion de Matane (COGEMA). Before that, Mr. Juel worked in the cruise line industry in positions of increasing responsibility, the most recent of which was with Norwegian Cruise Line (NCL) as a Human Resources Director.

Mr. Juel served as Vice Chairman of the Lake Carriers’ Association from 2017 to 2018, and holds degrees from the Great Lakes Maritime Academy and Cornell University. He also earned his license as a U.S. Merchant Marine deck officer for vessels of unlimited tonnage, in addition to marine pilotage from Duluth, Minnesota to Cape Vincent, New York. Mr. Juel is also a certified Class I Railroad Conductor. 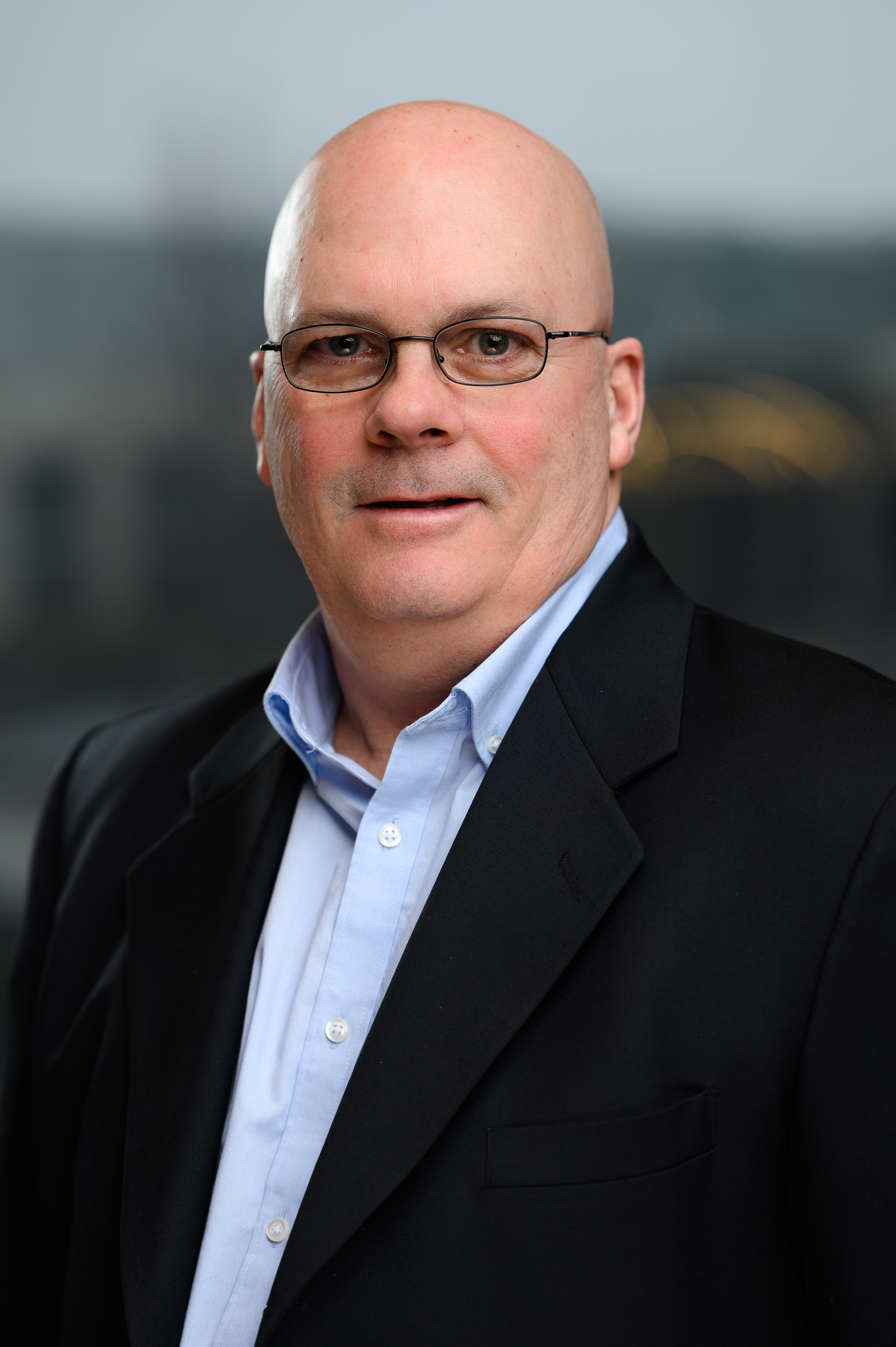 Darren Pearson directs all Deck Operations for Algoma’s Dry Bulk Fleet.  In his current role as Assistant Vice President Operations, Mr. Pearson provides direction and guidance to the operations group, for fleet management related to safety, environmental standards and operational efficiencies in accordance with Company policies and procedures, as well as Government regulations and customer expectations.  Darren has 30 years of experience in the marine industry working in multiple operations and commercial roles.

Mr. Pearson began his maritime career in 1990 as a cadet with Upper Lakes Shipping, while he completed his Marine Navigation training at Georgian College.  Mr. Pearson continued his sailing career after graduation, and last sailed as Chief Officer in 1999 prior to taking his first shore position with Seaway Marine Transport. 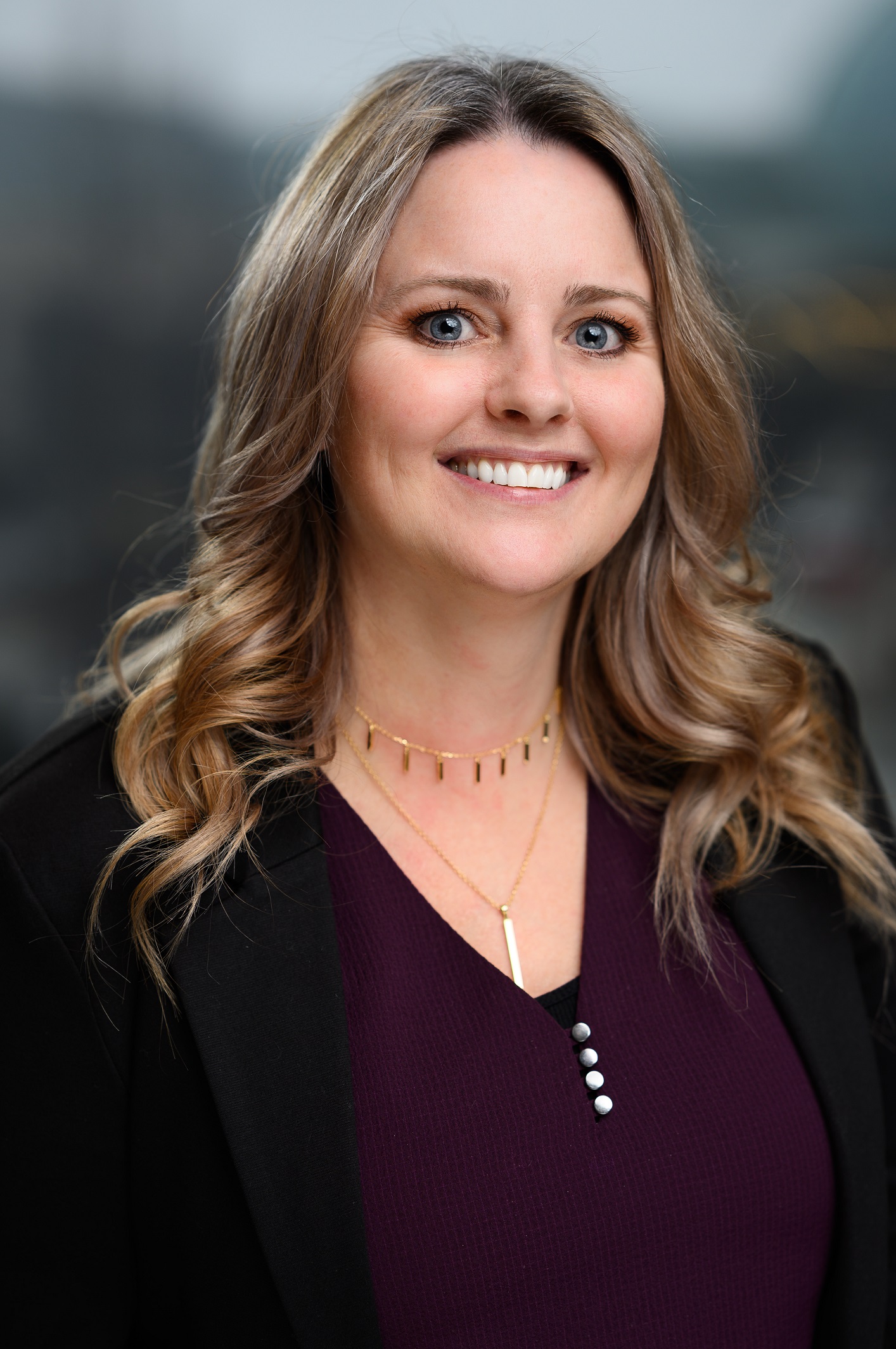 Cathy is responsible for Corporate Human Resources at Algoma. In this role, Cathy works closely with other members of the leadership team and is responsible for the corporate human capital strategy and related programs as well as general oversight for all aspects of corporate recruitment and selection, talent management and development, employee relations, compensation and benefits, disability management, diversity and inclusion and community involvement.

Cathy joined Algoma in 2008 as Director, Human Resources, supporting both staff and fleet personnel in all aspects of human resources including labour relations, acting as Chief Negotiator for Algoma for a number of collective bargaining renewals. In 2018, Cathy was promoted to her current position transitioning to a role with greater focus on corporate human resource initiatives.